The tune DOWN AMPNEY takes its name from the birthplace of the tune's composer, Ralph Vaughan Williams, who gave this tune its name. It was published anonymously in The English Hymnal, the 1906 landmark of which the young Vaughan Williams, in his 30's, was music editor, recruited by its executive editor Percy Dearmer. The goal of this team was to produce a qualitative thesaurus of the best hymn settings - and in this they fantastically succeeded.

The text is taken from an Italian hymn, Discendi, amor santo, by the 14th C. wool carder and mystic Bianco da Siena (c.1350-1399) in which the opening phrase of the hymn is sung as an antiphon ('Come down, O love divine, seek thou this soul of mine, and visit it with thine own ardor glowing'). The original is in the form of a laude, a sacred song (lit., 'praise') written in the vernacular - hence, Italian, not Latin - and sung outside the church liturgy, as were all lauda spirituale. His vocation began in an itinerant order, but he left when it became an established residentiary order. He took up life again as an itenerant during which time he wrote several laude, written as melody-only, the musical treatment left to the artists who performed the work. The Holy Spirit, usually referenced as a gift to the church, is framed here in the Pauline sense as a gift to the individual. The hymn would wait until 1851 to be published in Laudi Spirituali del Bianco da Siena, the first English publication in The People's Hymnal (1867), translated by R.F. Littledale. A questionable inclusive-language alteration in one notable hymnal (The Hymnal 1982, ahem) changed "till he become the place" into "till Love create a place," altering the meaning of the original. A more faithful alteration might have read, "for who can guess its grace, till one become the place wherein the Holy Spirit makes a dwelling," putting one's own soul as the active seeker of the Spirit's indwelling, not merely a passive recipient. 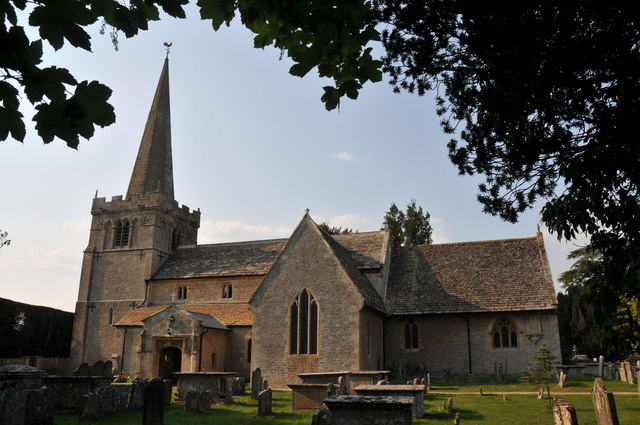 All Saints Church, Down Ampney
© Copyright Philip Halling and licensed for reuse under this Creative Commons License.

And so the yearning strong,

with which the soul will long,

shall far outpass the power

for none can guess its grace

till one become the place